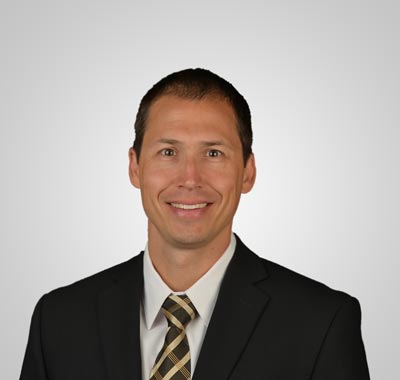 Dr Cox was born in Tacoma, Washington and moved to Yakima in May of 1980—one week prior to the eruption of Mt St Helens. He graduated from West Valley High School in 1995, George Fox University in 1999, and Oregon Health Sciences University (OHSU) School of Medicine in 2005. As of March 2016, Dr. Cox is officially certified by the American Board of Urology.

After a one-year surgery internship at OHSU in Portland, Oregon, Dr Cox was activated by the United States Air Force. He served as a flight surgeon from 2006-2009, stationed at Fairchild Air Force Base in Spokane Washington, with deployments in Kyrgyzstan and Iraq. After completing his three year active-duty tour, he returned to OHSU for a second year of training in general surgery, followed by a four-year urologic surgery residency. He graduated in June 2014, after completing a six-year residency.

Dr. Cox joined Yakima Urology Associates in July 2014. He looks forward to exploring the Yakima Valley with his wife and three young children.